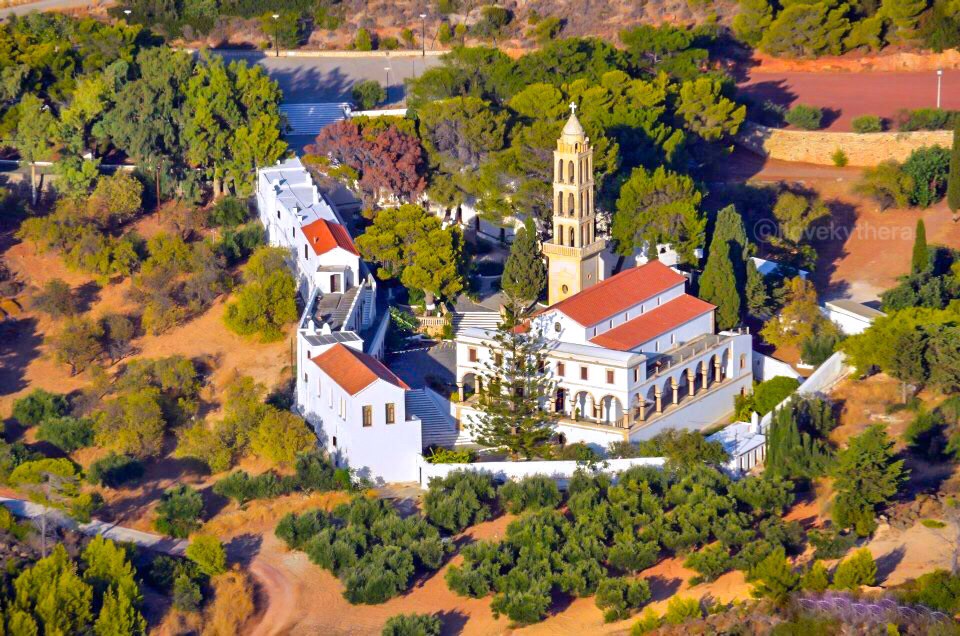 According to the legend, here in the fourteenth century, an icon of the Holy Mother Mary was found by a shepherd.

Myrtidia is a region in the southwest of the Greek island of Kythira. Here is the monastery of Panagia Mirtidiotissa (Holy Mother of Mirtidia) located, which is regarded as the protector of the island of Kythira. Every year here on September 24 pilgrims come here to pray. According to the legend, here in the fourteenth century, an icon of the Holy Mother Mary was found by a shepherd. At that spot, the shepherd built a small chapel. After the death of the shepherd, a monk named Leontius, build a bigger church and a monastery here. In the course of time, more and more believers came here and the church became bigger and bigger, so did the monastery. Impressive in Myrtidia is the 26 meter high clock tower built entirely of limestone.
From this monastery there is a beautiful walkway constructed leading to the church of Agios Nikolaos Krassas. You can walk about two kilometres through a flat landscape with shrubs. The view from here over the sea and the church is beautiful. The church has been given the suffix “Krassas” which means ‘wine’. They say, it would have been given this name, because no water was used for the cement to build the church, but wine instead!

Saint Georgios on the mountain