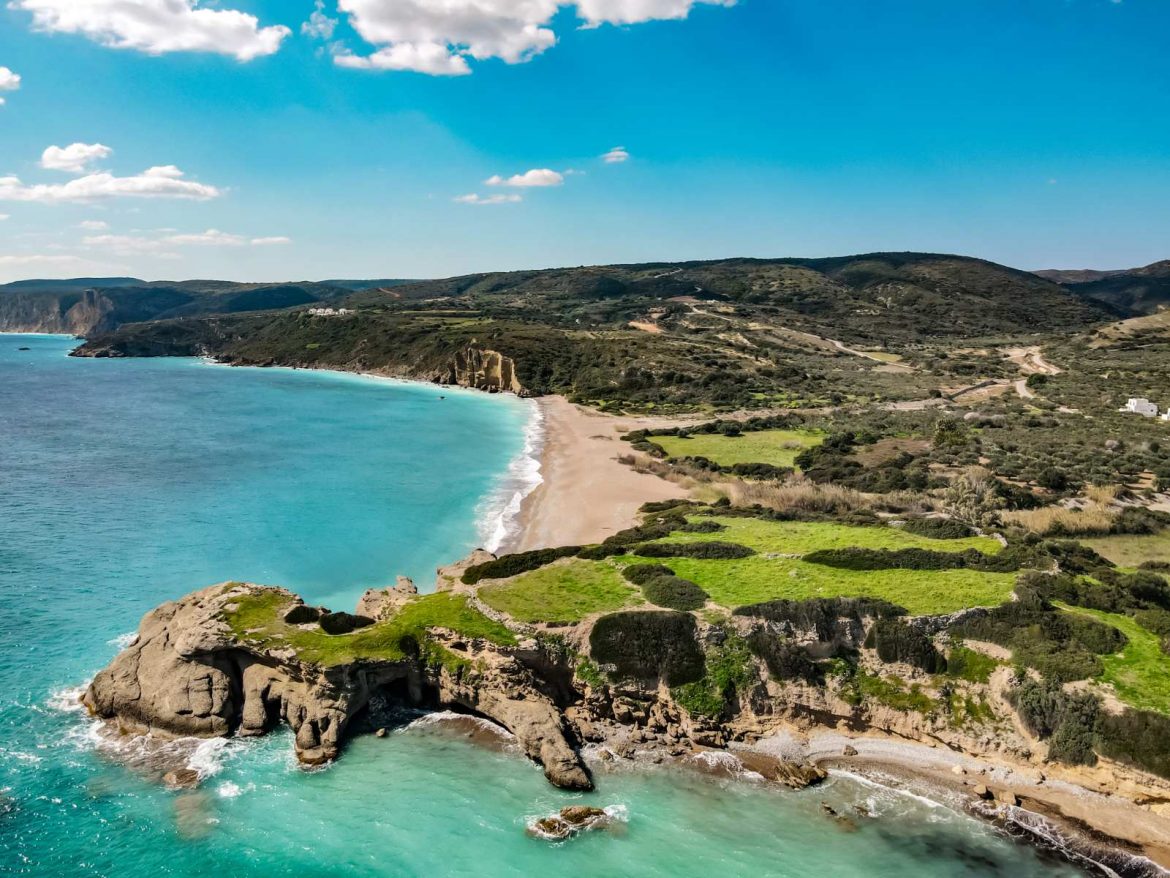 The ancient settlement of Skandia in Kythira!

Due to its strategic location, Kythira has been conquered by many tribes during its long history. The Minoans inhabited Kythira around the 5th millennium B.C and lived in the port of ancient Skandia, today is known as Paleopolis. For the Minoans, Skandia was an intervening point for their voyages to the West. They created the settlement of Skandia as a place to rest in the middle of their long journeys.

People had developed an important civilization in Scandia. They used to worship goddess Aphrodite there, the Kytherian Aphrodite, as she was called because, according to their tradition, she was born in the Aegean Sea near the shores of the island. Traces of a Minoan temple were found near Scandia.

The Mycenaean succeeded the Minoans in ruling Scandia and the Phoenicians followed in the fifteenth century B.C. Sparta and Athens had also a controversy about Kythira. Finally, the place ended in the hands of Sparta. Kythira was later conquered by the Macedonians, the Romans, the Venetians, and the Turks. The earthquake of about 8.30 in the Richter scale which is believed to have occurred in 365 A.D. in the Kythira Strait was very strong. Great waves hit the coasts of the island and destroyed the ancient harbor of Skandia.

Paleohora | The old town that was never...

Astikon | The English school of Potamos