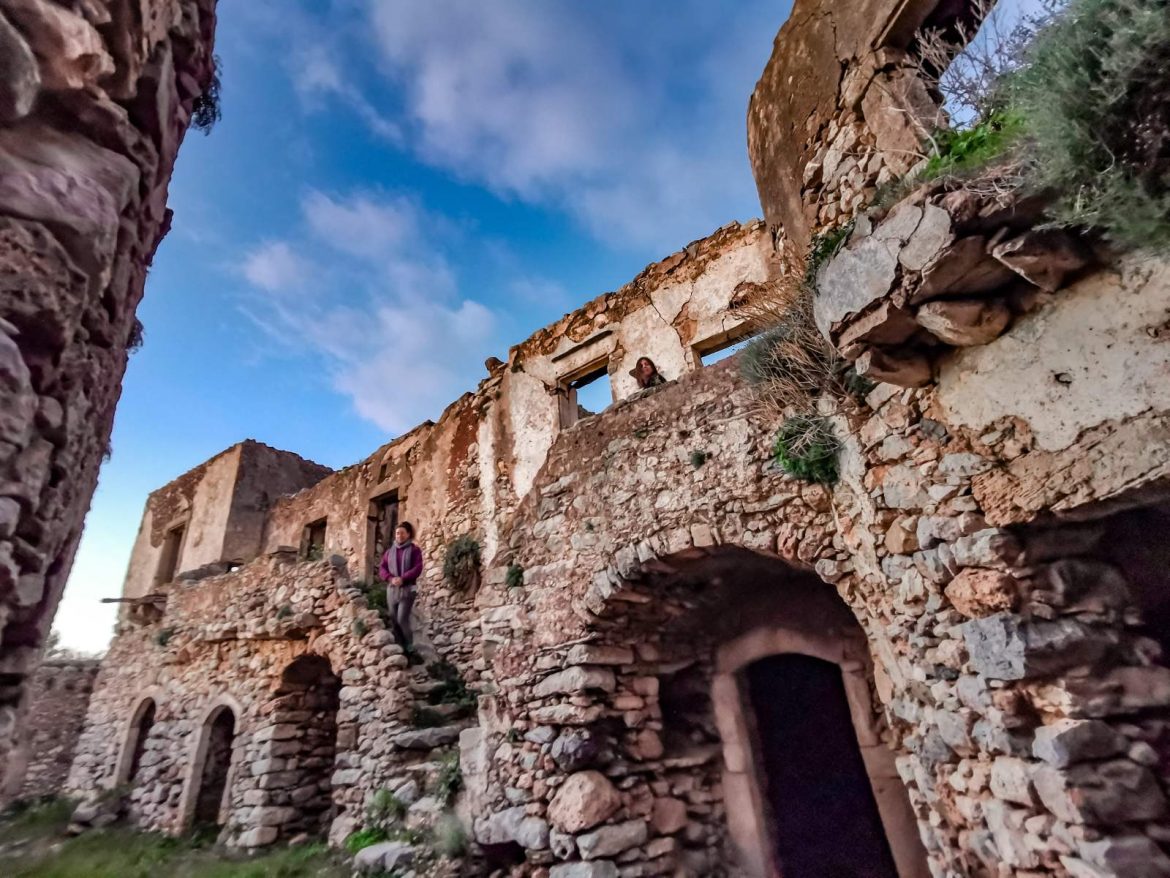 The castle is a medieval settlement which was inhabited until the 1950’s. It is also named “Kato Hora” and is very interesting, as many buildings are preserved in relatively good condition.

The settlement is in a short distance from the modern village Mylopotamos (Greek: Μυλοπόταμος, meaning “river with mills”). It was named Mylopotamos because there are 22 watermills built along a small stream.

The castle was built by the Venetians in 1566, according to an inscription at the gate. Obviously there was an older settlement there, since at least the 14th century, that gradually was developed and after the destruction of other parts of the island in 1537, it became more impoortant and was rebuilt. The position controls the west coast of Kythira and the Ionian sea, but the primary usage of the fortification was rather the protection of the local population.

Inside the castle there are remains of 9 churches from the 16th and 17th century.

From Kato Hora you can also feel the energy of a spectacular sunset!

Discover the wild Orchids of Kythera